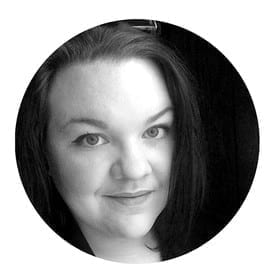 Did you grow up with siblings or pets?   I have an older sister, Kayla. Throughout my childhood we had several family pets, but none that could compare to my current cat, Fig. Also referred to as The Notorious F.I.G.

Who was your most influential high school teacher?    If I had to chose one, I’d say it would be Ms. Ann Bryson. She only taught literature for a year but looking back now, I realize that she was a creative, ambitious woman. It was her creative approach to teaching that made her so influential.

Why did you choose Rio?   Besides the fact that Rio was practically in my backyard, I was also drawn to the university’s art department and graphic design program. After initially meeting with Benjy Davies I knew that by joining Rio’s art department, I would have several exciting opportunities ahead.

What’s your best experience at Rio so far?   I would have to say being accepted into the university’s Honors program. Being an honors student has challenged me in ways that have led to personal and academic growth. I truly believe it has helped me become the artist and scholar that I am today.

What’s your greatest achievement as a student?   My senior exhibition. It not only commemorates the success I have had as an artist, but it also provides me the opportunity to showcase the independent research I have completed throughout my academic career. 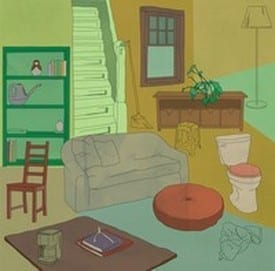 Why did you choose that major?   I have always been the “artsy” type. In 2009, I competed in Marshall University’s SCORES Academic Festival. I designed a magazine layout that won first place out of fifty submissions. It was then that I realized that being “artsy” was something that I could do and pursue as a career.

What was your favorite course at Rio so far…and why?   Printmaking. Along with graphic design, I have a grown a fondness for printmaking. It has allowed me to gain various technical skills that if working digitally alone, I would not have learned.

What do you plan to do after graduation? Where do you see yourself in ten years?   With the work that I am currently making, there are several exciting opportunities to work independently. I hope to establish myself as a working artist while maintaining ties to local mental health community and involving myself in various volunteer work.

What’s the best part of being a student?   As an art major, simply being part of the art department family.

What’s the worst?   Forcing yourself out of your comfort zone. This is also a necessity.

What advice would you give to incoming Freshmen?   Study hard. Network harder.

If you could spend the day with any fine artist, living or dead, who would it be?   Miriam Schapiro simply because she is one of the greatest feminist artists of all time and continues to influence the work I make.

What is your: Favorite book: The Catcher in the Rye

Favorite musician: Eh, there are really too many to chose from. Although when I’m looking for some creative inspiration, Alt-J tends to be my go-to.

If you could move anywhere, where would you go? San Francisco

What’s the one thing that most people don’t know about you? I am an avid collector of vintage clothing buttons.