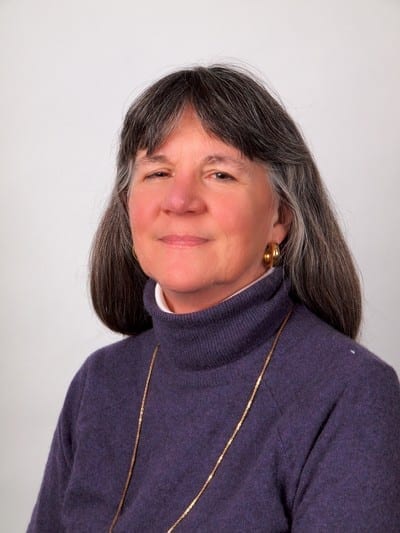 How did you choose a career in your discipline?  I was an English major in college, mostly because I liked reading and writing about literature and because I admired the English faculty. I thought I might have a career in something like publishing, but after I graduated, I most wanted to return to an academic environment. I spent a year working as an editorial assistant and then applied to graduate school.

Where did you get your college degrees?  My undergraduate degree is from Smith College in Northampton, Massachusetts. My M.A. and Ph.D. are from the University of Chicago.

What’s your favorite memory of your career as a student? The moment when in a Victorian literature course during my senior year of college I suddenly realized (and it came as a bolt out of the blue) that I might be able to do what the professor was doing.  It was almost the first time I thought of myself as something other than a good student.

What are your research or professional interests? What are you working on now? Originally, and for much of my academic career, I’ve worked in Shakespeare, specifically, Shakespeare in performance.  This work was helped by the six student productions of Shakespearean plays that I directed here on the Rio Grande campus.  Since 2001 when I was the Madog fellow, I’ve also worked on various Welsh-centered projects. My sabbatical project was about 18th century English travelers in Wales, beginning with Jonathan Swift and Samuel Johnson and then moving on to less well-known writers who wrote about their travels in North Wales.

What was your first “big break”? In graduate school, when I asked my advisor (a Shakespearean) if I might be allowed to take some Greek and he answered enthusiastically that he had just the course for me: a year-long course in Homeric Greek. Greek and Shakespeare is not a particularly obvious pairing, but the fact that he combined the two gave me validation as well as a dissertation topic.

What are some of your greatest or most recent professional achievements? Not particularly recent, but I’m most proud of the 6 Shakespearean plays that I directed with no budget and mostly student actors. The most difficult but also the most rewarding was Henry IV, Part I which had a large cast, Welsh singing and swordfights.

When did you start teaching at Rio?  Fall Semester, 1990

What is your favorite course to teach at Rio…and why?   Shakespeare, especially when I can include performance aspects (requiring students to perform scenes from the plays).  Adolescent and Young Adult Literature would be a close second.

What’s the best part of teaching?  When it happens, seeing the students “get it” and take off on their own. What’s the worst? Grading Comp papers.

If you could spend the day with any historical figure, living or dead, who would it be?  William Shakespeare or Jane Austen

What is your favorite book:  Hamlet

Favorite movie: Kenneth Branagh’s Much Ado about Nothing or his Hamlet

If you could move anywhere, where would you go?  London, England

Favorite quote: “The best thing for being sad,” replied Merlin, beginning to puff and blow, “is to learn something.  That’s the only thing that never fails.  You may grow old and trembling in your anatomies, you may lie awake at night listening to the disorder of your veins, you may miss your only love, you may see the word about you devastated by evil lunatics, or know your honour trampled in the sewers of baser minds.  There is only one thing for it then – to learn.”

If you couldn’t have a career in your discipline, what would you do for a living? I hope I could find a job in publishing or maybe in a library.

What are your hobbies (outside your professional activity)? When I can, traveling and gardening; reading

Do you share your home with family or pets? At various times I’ve had dogs; at the moment I have only one calico cat.

What’s the one thing that most people don’t know about you?  I was born in Venezuela.