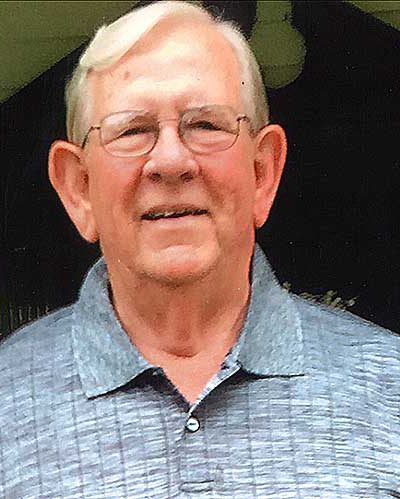 Jerry Ghearing of Jackson County, OH is this year’s recipient of the Jim Marshall Veteran of the Year Award. The banquet to honor Ghearing will be held on Saturday, October 26, 2019 on the campus of the University of Rio Grande and Rio Grande Community College.

Rio Grande, Ohio – The University of Rio Grande and Rio Grande Community College takes pride in honoring veterans who have served and are continuing to serve our country. As part of this endeavor, Rio created the “Jim Marshall Veteran of the Year Award” to recognize veterans who have gone above and beyond the call of duty. This year marks the fourth year for the award and this year’s recipient Jerry Ghearing of Jackson County, OH will be honored during the ceremony.

The event takes place on Saturday, October 26 at 6 pm in the Davis University Center Marketplace on the campus of the college. Ghearing will be honored during the banquet which is open to the public, with veterans eating for free and a $10 cost for the public.

Ghearing is a lifelong resident of Wellston, OH. He graduated from Wellston High School in 1961 then went to work for Oury Supply Company for two years. After that, he worked at Western Southern Life Insurance, until he was drafted in 1967.

On discharge, Ghearing returned to work at Western Southern Life Insurance until 1985 when he retired from the company. He then purchased the Louvee Theatre in Wellston. Ghearing also the Louvee Video, Louvee Vending Machine Company, Louvee Tanning and Collection, ad the Louvee Film Delivery Service. He sold these businesses in 2002, only retaining Louvee Tanning until 2017. He officially retired at the age of 70, but continued to remain active with Veteran causes, participating in bringing “The Wall That Heals” to the Jackson County Apple Festival. Wellston High School has also recognized him as ‘Veteran of the Year’.

Additionally, Ghearing has served on the Jackson County Veterans Service Board for approximately 25 years. He has been instrumental in assisting the Veterans Administration, spending over $250,000,000 in compensation, pension, and health care in the last ten years.

He is married to his wife Carol for 55 years. They have two daughters, Stephanie Johnson and Stacy Graham, and have been blessed with five grandchildren, McKenzie Bragg; Drew Bragg; Reece and Brice Graham (twins); and AJ Graham.

The committee to select the winner chose Ghearing due to his similar values and equal dedication to both country and community as Jim Marshall. Marshall was a valued member of the Rio Grande Men’s Basketball Team where his character, attitude, performance, and leadership served to inspire his teammates. He left Rio to serve his country in the US Military during the Vietnam War as 1st Sergeant, Kilo-Battery—4th Battalion—13th Marines. He was injured in combat and awarded the Purple Heart. He joined the 684th Army National Guard in 1974.

Another way Rio continues to honor veterans in our area is to offer them free admission to all athletic events at Rio’s campus during the 2019-2020 year. For more information on the banquet, or how to nominate a veteran for 2020, contac the Jim Marshall Veteran of the Yer Award Committee at 740-245-7293 or 740-245-7431.