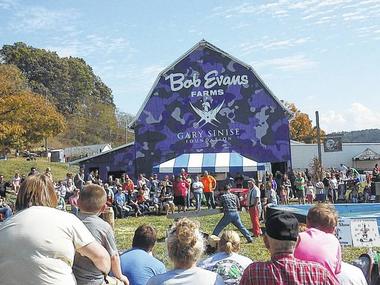 GALLIPOLIS — With the fate of the Bob Evans Farm in question after Bob Evans Farms, Inc., announced in January it would be splitting its restaurant and frozen foods divisions, Rio Grande Community College and University of Rio Grande President Dr. Michelle Johnston said the higher learning institution was currently in talks with Bob Evans leadership about the potential of acquiring the iconic homestead property.

“You may have heard some rumors and some speculation about the Bob Evans Farm property,” said Johnston to Gallia Commissioners Brent Saunders and David Smith. “I felt this was a good opportunity for us to talk about it … I’m happy to talk about it openly because I know that the Bob Evans corporate office is talking about it openly and I want people to understand where we are and be open and transparent.”

Johnston said there was still a “great deal of work and detail” needing to be done.

“Where we stand right now is that we are working with Bob Evans to move forward with the possibility of the farms being gifted to the University of Rio Grande,” said Johnston. “It’s something very exciting because as people in this area know, that property was originally owned by the university and Bob Evans purchased that property from the university. To see that come full circle and have the opportunity to bring that property back into the fold of the university to continue to serve our communities in this region as an iconic farm which is like no other in the country.”