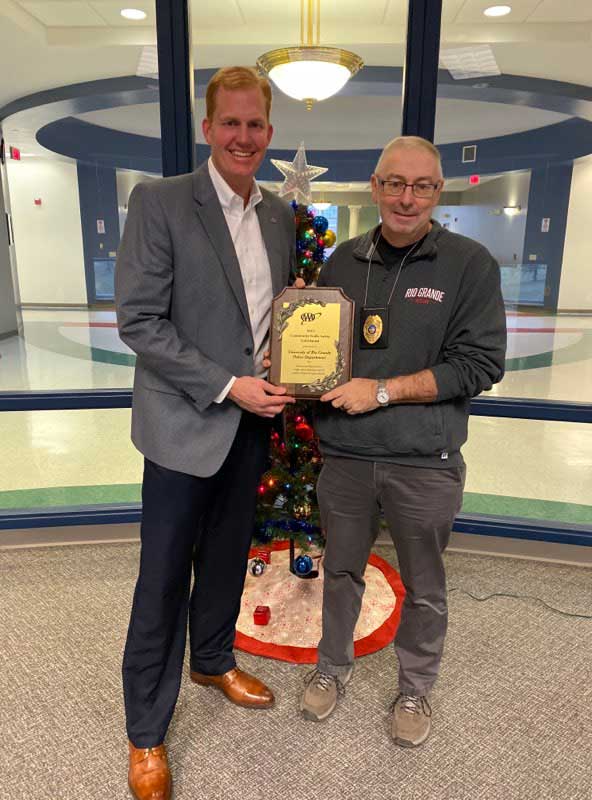 Rio Grande, Ohio – For the second year in a row, the University of Rio Grande Police Department has received recognition from the East Central Office of AAA.

According to Borden, the award would not have been obtainable without the partnering with Rio Village Mayor Matt Easter. This year’s award recognized the extension of sidewalks, additional signage, and crosswalks for pedestrians and students.

Last year, Rio’s Campus Police received the “Silver Award” for creating a safe campus with speed bumps and sidewalks. Borden again attributed Mayor Easter and the Fraternal Order of Archon for their assistance with the previous projects.