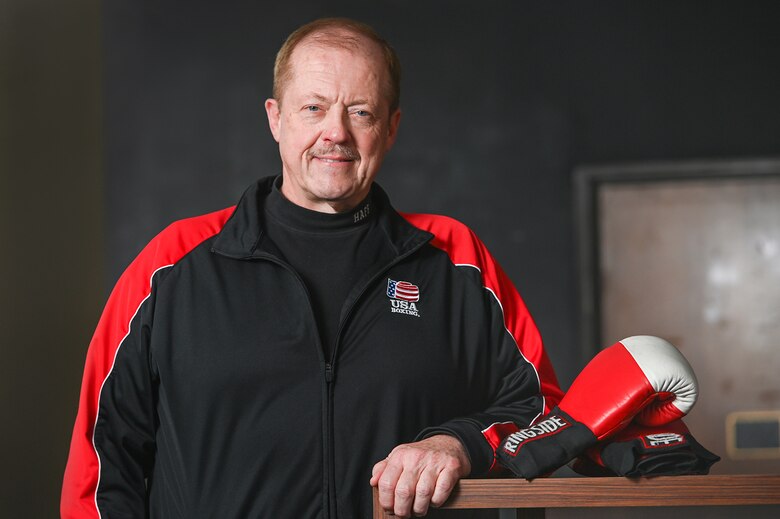 While at Rio, Leschishin worked as a disc jockey on the campus radio station (WAXN). For the campus newspaper, he was a reporter and an editor. He also was in Grande Chorale and was elected to the Student Judiciary Committee. Leschishin also had to support his education, so he took up jobs in the school cafeteria, worked in the Student Center, and was a lifeguard at the pool. After becoming friends with postmistress Shirley Preston, Leschishin found a job as her assistant in the Post Office where he worked three years.

Leschishin currently resides in Waltham, Massachusetts. He is the 66th Force Support Squadron Information, Tickets and Tours Manager of the Hanscom Air Force Base just outside of Boston.

Tell us about life after Rio.

Shortly after graduation, I was able to go back to the Cleveland, Ohio area to work a summer job until I started teaching sixth grade in the Princeton City School District located in the suburb of Cincinnati. But that didn’t last long. I really didn’t have a great experience, so I took my interest in music and become a record buyer at Peaches Records and Tapes. The pay was poor though, so I soon headed off to Eastern Colorado to a town of 500, called Otis.

There, I was the third-grade teacher, head wrestling coach, assistant football coach, yearbook advisor, and (my favorite), the assistant advisor to Future Farmers of America. For a young  single-man, there was not much to do in this town 135 miles Northeast of Denver. But thankfully, there was a radio station that opened in Yuma, about 13 miles away. I got a gig there as a deejay and then as a music director while teaching.

After three years of teaching, I took off to Denver for another teaching job. After that, I took a huge leap of faith and applied to work in Hollywood, California. It worked! Because of my eeriness to recall all of the #1 songs from 1955 to the present, I was able to secure a position at Cash Box Magazine, the prestigious music publication. While there, I was able to work as a musicologist and produced historical content for a number of shows including “Rick Dees Weekly Top 40”, “Solid Gold”, and “The American Music Awards”, as well as Dick Clark Productions.

LA was an awkward place by 1985 and I moved closer to family in Boston. There, I began a short stint with the US Post Office. Having been a boxer in college (I trained quietly) and being the Southern Ohio Golden Gloves Heavyweight Bronze Medalist, I stoked my interest in amateur boxing and conceived The Boston Sport Boxing Club in 1990.

Sudden fame happened (by luck and blessings) when my teaching methods and extraordinarily different concepts of the sport landed me on the front page of The Wall Street Journal and then The Boston Globe. During 16 years of business, I co-founded the Masters Boxing Division of amateur, Olympic-style boxing in 1998. It is a unique niche for amateur boxers aged 35+. Currently, I am ranked in the Top 25 of amateur boxing USA officials and am seeking the chance to work the Olympics in the future.

Keeping true to myself, I changed course again and went back to teaching at the Hanscom Air Force Base. I eventually got my current job – Manager of the Tickets, Tours, and Engraving Office where I serve the active duty and retired members of the military to recreational activities including sporting events, historical tours, and vacations.

What are some of your favorite Rio memories?

I have so many fond memories: typing last-minute term papers on my JC Penney typewriter; working with Ed Roark in the Theater Department and being part of his productions; Grande Chorale – I was part of the inaugural group that went to Disney World TWICE to sing; taking courses in horseback riding and canoeing at Bob Evans Farm; history classes with Ray Matura and Ed Sofranko; perusing the books at the campus bookstore with Mr. Owens overseeing the business; learning to play the organ (unsuccessfully) with Edie Ross; Holzer Hall and the crazy times there; and gently being persuaded by Linda Bauer that being a teacher was the way to go.

I also enjoyed the memories of the Bob Evans Farm Festival and the Jackson Apple Festival!

How did Rio prepare you for your career?

My degree in Education was the best decision I ever made. It has made my life so much easier in that it applies to so many objectives in jobs.

Do you have any advice for current students?

PURSUE YOUR DREAMS! I would never have had the opportunities to meet all of the wonderful people and experiences I have had if not for the accolades and encouragement I received from my Rio Grande friends.

Is there anything else you would like to add?

Rio Grande has always been an intriguing memory burned into my brain. My experiences there formulated much of who I am today. I was there in 1973 when it was just Rio Grande College and the campus was not more than 350 students total. Being in Rio in the mid-70s, times were quite confusing. There was a lot of apathy given the aftermath of the Vietnam War, Watergate, the oil embargo, and the like. In fact, we didn’t even have yearbooks for a few years because no one wanted their picture taken! But I have very fond memories and am blessed to have them!!